Bacon is a part of life. Bacon Jerky? Even better! It tastes great, it fills a hole in that corner of your stomach, and it puts a smile on everyone’s face. But what if you don’t know how to make bacon jerky?

Where do you begin? Do you need a smoker? A dehydrator? How do you stop it from crisping?

Luckily for you, we’ve put together the best guide on how to make bacon jerky. You can use a smoker, a dehydrator, or even an oven!

It’s hot this year, and there’s nothing better than serving up some bacon jerky before the BBQ starts. You’ll impress your friends with the most delicious and best-cooked bacon jerky possible with this guide.

This article was written for people like you and me. People that love a good piece of jerky and want to be able to enjoy it any time they want.

That’s why I’ve looked around everywhere for the best recipe. That's also why I’m giving you all the best-kept secrets to making perfect jerky.

What You Will Need For Perfect Bacon Jerky

If You’re Using a Smoker, You Will Also Need/ Need Instead

How Long Does It Take to Smoke a Turkey

An oven or dehydrator would require the usual set of things as well, such as bowls, knives, etc.

You will get better results using a smoker, as it cooks the bacon on the surface rather than through and through.

However, not everyone has access to a smoker, and so our guide also includes the best methods of making oven-cooked, and dehydrated bacon jerky, too.

If there's not enough time to cook bacon jerky over and over again, the best way to store it after is with Ziploc bags, so try and have a few of these to hand, too.

So, you’ve collected all of your ingredients together. Now what? It’s time to cook!

Make sure you have plenty of time set aside while you’re preparing your jerky and that nobody else needs to use the oven, smoker, or dehydrator.

That’s why it’s great to start cooking in the morning at a BBQ and entertain your guests, before impressing them with the best-made bacon jerky as a mid-afternoon snack.

How to Make Bacon Jerky With a Smoker

First of all, let’s go through the smoker method. It’s relatively simple and doesn’t need much.

After you’ve seasoned and prepared the meat and the fire, you’ll need to check the bacon jerky until it’s ready for its final preparations.

1. Preparing the Meat and the Fire

The first thing you’ll want to do is slap your bacon down on your baking sheets.

Make sure none of the bacon is touching. Otherwise, not all of the bacon will be fully smoked. Spread them out evenly and flatly.

You’ll then need to season your bacon.

Then you can add a small pinch of sriracha and a drop of honey if you wish.

Once you’ve added this dry rub to the first side of all your bacon, repeat this process on the other. Then, allow it to cool in your fridge for about an hour.

While your seasoned bacon is cooling, you’ll be able to start your smoker. Add the charcoal and wait until the coals are beginning to burn white, then start to add the hickory wood.

Make sure where your bacon is going to be cooked is reasonably level and consistent around 190°F.

All you’ll need to do after this is add your seasoned meat to the fire!

A good idea is to cook the bacon at the front of the smoker while you add fuel and flame to the back. That way, you’ll reduce crisping and keep the temperature level.

You’ll want to do this for two hours, regularly checking on both your heat and your bacon. You want to keep the temperature as level as possible for the best results.

There shouldn’t be much, but if there is too much fat accumulating, then you may want to pour it away.

After this, you’ll want to put your bacon to one side and preheat your oven to 190°F.

It may be a good idea to dry your bacon with a paper towel at this point and remove any excess grease or fat that has built up.

When your oven is ready and when your bacon is dryer, place your bacon inside and cook for up to a further three hours. Check on it every hour.

You’ll know when your bacon is reaching the color you want. Take it out of the oven and dry it off one last time, then it’s ready to serve!

If you’ve got spare afterward, you can always place your perfect bacon jerky in a Ziploc bag and store somewhere dry.

SMOKING 101 – Things you need to know about Smokers and Smoking

How to Make Bacon Jerky With an Oven

This is almost exactly the same as how you make bacon jerky with a smoker, only you can season it differently, and the cooking times and heats are different.

Your Complete Guide To The Best Microwave Bacon Cooker In 2019

How to Make Bacon Jerky with a Dehydrator

All you have to do here is follow the oven cooking steps then stick your bacon in your dehydrator for three hours, flipping it every hour.

This’ll give your bacon an extra tasty kick.

Dehydrators aren’t too expensive. There’s a lot of places you can get one at a great value. Below is my suggest. 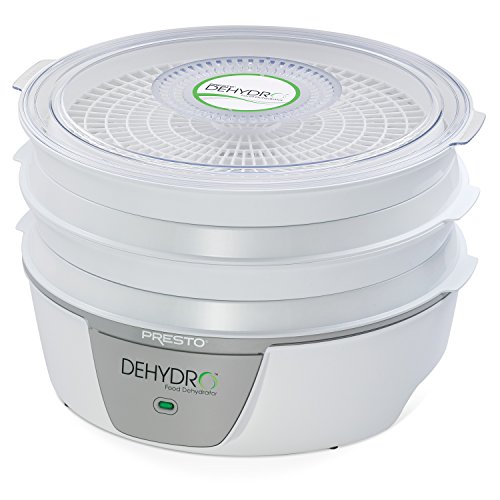 Now That You’ve Learned How to Make Bacon Jerky... Dig In!

Get started, then! What else is there to do?

You know how to make bacon jerky with or without a smoker, and you don’t need many ingredients, only the cheap ones.

What do you think? Are you ready, excited, is your mouth watering? Comment below and let us know.

After you’ve made it, share this article and comment so that you can show everyone how to make bacon jerky with perfect results!

Best Smoker Box For Gas Grill: Turn Every Meal Into A Feast

"There is no real need for decorations when throwing a barbecue party - let the summer garden, in all its vibrant and luscious splendor, speak for itself."

Stonewall's BBQ is a participant in the Amazon Services LLC Associates Program, an affiliate advertising program designed to provide a means for sites to earn advertising fees by advertising and linking to Amazon.com.
*Amazon and the Amazon logo are trademarks of Amazon.com, Inc., or its affiliates.